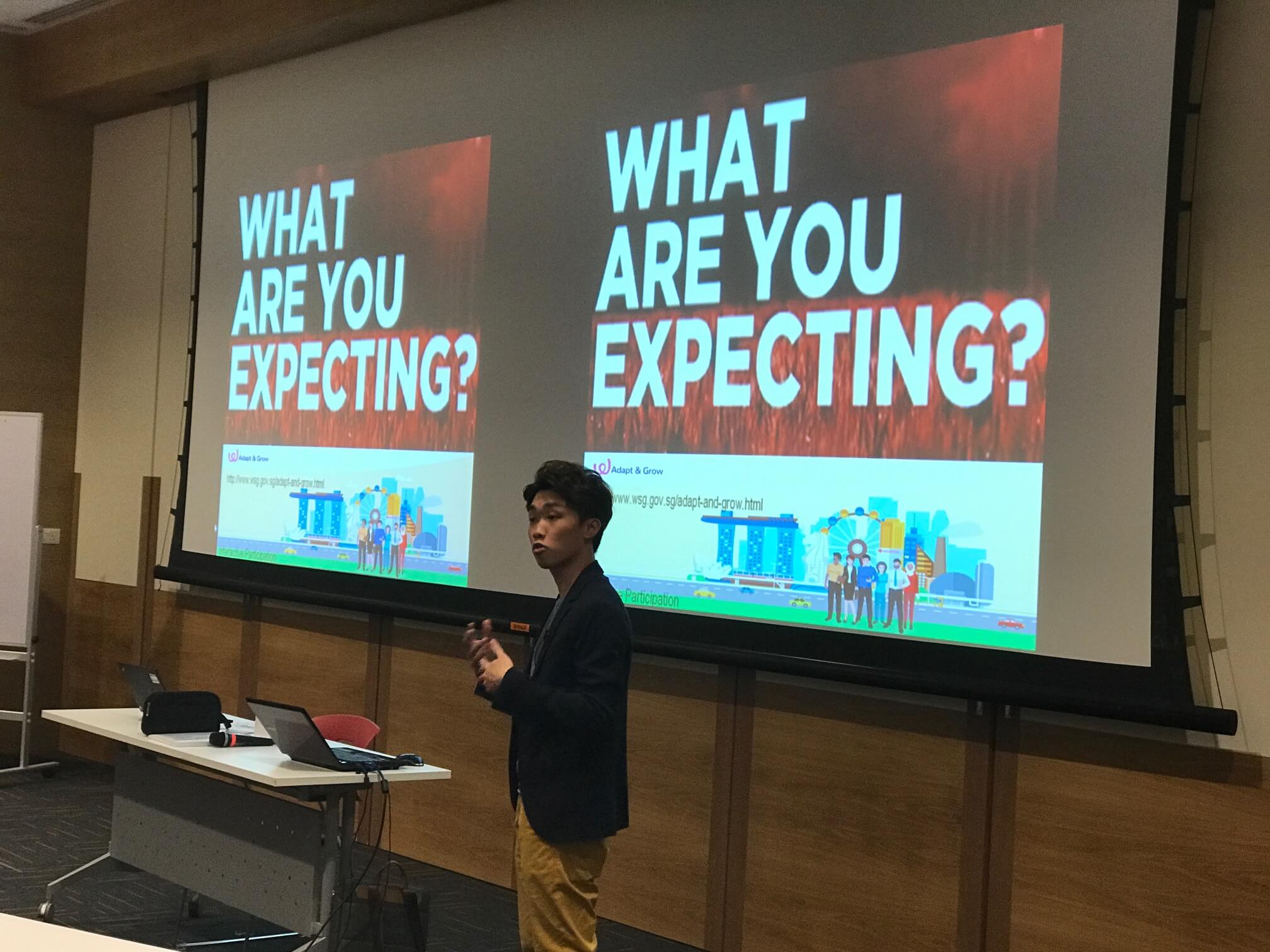 Wow, with a blink of an eye I’ve survived almost 5 months out on my own. It did not seem too long ago since I started my HR career but with all the hustle and bustle, I managed to grow from an ignorant graduate into a HR professional who is now able to start advocating my beliefs to the community.

Was I lucky? I believe so. Did that mean everything was smooth sailing? Of course not! How did the luck come about? Did everything just happen by chance?

On the surface, my career started really smoothly. I received a scholarship, got into a great company and had a reasonably high-paying job. But the struggles were real right from day 1.

During my first stint, I was placed into a generalist role. The job meant that I had to manage things from recruitment to manpower reporting to employee engagement to even installing Wifi routers at our chalets! I’ll be honest to admit that not everything was enjoyable. There were times where I questioned myself if this was really what I wanted to do? Why did I even choose HR in the first place? Am I really as good as I thought I was? I was even worried that I might not get confirmed after 6 months and wondered if I would get my scholarship revoked! Scary thought, isn’t it?

Thankfully, I managed to turn things around and I’ll attribute it to a mindset shift. Even though I wasn’t good at doing what I was working on at that moment, I reframed my thinking and told myself, “Sam, you need to be like a sponge and learn as much as you can. In everything you do, you will learn something. Regardless if it’s just compiling of manpower statistics or engaging the contractors at the chalet, there is something that you can take back with you if you take it positively.” And that was the mindset that created the U-turn in my career at that stage.

Since then, my work started picking up, partly due to familiarity, but largely because I became more positive and saw every dirty work as an opportunity to upskill myself. I wanted to do more than the rest, work harder to get more exposure and prove my worth in the process.

I had always wanted to get myself into a Talent Management (TM) role but unfortunately, the opening was not there when I joined Keppel in 2012. Did I just give up on my dreams and simply wait for things to happen? No way!

I knew that at some point, I will get my shot at moving to the desired position and I told myself that I will find a way to achieve that goal within 2 years. Of course, it’s not just saying I want to do it. I had to take action to make it happen.

Over the first year and a half in my generalist role, I was constantly working hard to get exposure in areas outside of my scope and interacting with my colleagues from the TM team to learn more about what they do. When there were opportunities to get involved in some of their work, I will not hesitate and just volunteer no matter how full my plate was. And then, it paid off after one and a half year.

An opening came about because of internal rotations. I probably wasn’t the top choice to take on the TM role because I was still relatively new and haven’t quite shined in the role that wasn’t the best fit for me. But guess what, I just felt that if I missed this opportunity, it may take a lot longer to find another right platform to get into the desired role. Instead of waiting for my name to be called up, I took a proactive stance by speaking with the respective managers and plucked up my courage to have a conversation with my GM.

That said, it wasn’t the easiest of transition. The condition to the rotation was that I still had to hold on to my current role for 6 months while also managing the CSR portfolio that was my secondary scope all the way to the next stint. Sounds tough? I didn’t blink an eye and agreed immediately. Whether I could cope or not was just a matter of how hungry I was and what I was willing to sacrifice in order to achieve my goals.

That settled my transition from a generalist to a TM specialist! Awesome!

Getting out of comfort zone

My career finally took flight during my stint with the TM team. It seemed like there was a perfect fit between my skillset and personality with the job. I’m also thankful that I had a really nurturing supervisor and supportive team mates. Failing which, I probably wouldn’t flourish like I did.

Despite showing marked improvement in my new role, I didn’t stop. I was consciously reminding myself that I needed to continue stretching myself further to expand my repertoire. That’s the only way to ensure that I stayed ahead of the curve and maximized my learning in whichever role that I was in. As always, I constantly asked for more work in areas outside of my scope to ensure I was growing professionally. Not only did I take on the role of Vice President for Keppel Volunteers, I also got myself involved in one social enterprise project alongside other like-minded young leaders.

It was tough managing the workload and tiring for sure. But the desire to learn and be the best possible version of myself made me forget about the stress and fatigue that came along with the additional load. I was simply energized and wanted to do even more!

The hardwork paid off where my ability was finally recognized in the market and I was headhunted to a new HR Business Partner (HRBP) role in Changi Airport Group (CAG). It wasn’t an easy decision because it meant that I had to start from scratch after putting in so much effort to establish myself in Keppel. But after much consideration, I felt that I needed to challenge myself further and get out of my comfort zone. Only with that can I grow even more and know if I’m really that good or not.

In CAG, I must say that my life was a lot easier. Even though it was a new role and new environment, I didn’t take long to settle in. It was partly attributed to the fact that I had a good foundation previously and could readily transfer my competencies into the new role. It was just a matter of getting familiar with the context and building authentic relationships with people at the company.

Sounds perfect isn’t it? It was. But as always, I wasn’t ready to just get comfortable and cruise through with another big brand name on my CV.

I actively sought out more meaningful assignments and that’s where I took on projects such as the “Future of Work” study as well as the culture change project. All these required a different skillset but further complemented what I already had.

In addition, I also took the opportunity to volunteer for additional portfolio within my HRBP role so as to test myself in a different context despite doing similar work. It paid off for sure where I covered a total of 3 different divisions during my stint with a great employer in CAG.

The constant grind was what I took pride in and without that, I wouldn’t be the Sam Neo I am now.

Was I lucky? Like I said, I believe so. But I suppose I had to create the “luck” by constantly working harder and pushing my boundaries further. If I was simply waiting for “luck” to appear or just stayed in my comfort zone, I think “luck” would probably look for someone else instead of me.

If you really want it, make it happen. As hungry as you are, without the discipline to take action and walk the talk, you are just going to waste your time.

After all, in everything you do, you will learn something. Have a positive mindset, be like a sponge and learn as much as you can even outside of your scope of work. That way, you will build up competencies that will put you in good stead in the longer run and you never know, just like myself, where life takes you to. I never thought I’ll be an entrepreneur and not in my wildest dreams would I believe years ago when I first started out that I could advocate what I am doing now.

Believe in your dreams, work towards that actively and do not be afraid of the hardwork. You will get lucky and that will happen when you continue grinding with a goal in mind.